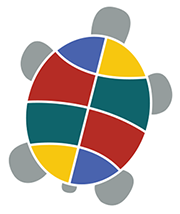 The text below is adapted from an article that first appeared in “Footprints”, a newsletter published by Plantages PortoMari in June 2002.

“A couple of years ago PortoMari had the good fortune to take part in a sea turtle rescue. Visitors of the beach found tracks in the sand and shortly afterwards they saw the first baby turtle emerging to take a look at the dangerous new world. The female sea turtle will lay anything from 70 up to 200 eggs about 60 cm deep in the sand, and usually the hatchlings are able to clamber out on their own. In this particular case, nature was allowed to take its course and most of the turtles sought their destiny alone without any outside help. However, four weak hatchlings were removed to a place of safety at the SeAquarium to enable them to recover their strength. Then, precisely one year later, the inseparable quartet of Loggerhead turtles, now strong and healthy, were released into the sea at the place of their birth.

It will take another twenty-five years before any of the female turtles that hatched on PortoMari beach that day will return to lay their first clutch of eggs. You can be sure we’ll be there to welcome them back!”

The Loggerhead turtles that were born at PortoMari will lay their own first clutch of eggs somewhere around 2025 on our beach!

In 2012 there was an unexpected nest of turtles at PortoMari!